Where I Found the Inspiration to Start the Supple Collection: Part 1

My relationship with Mike, my best friend and my business partner for the last 15 years took root at Burton Snowboards. Mike worked in the marketing dept with the professional snowboarding team and I worked in the hardgoods dept developing product as a part of the engineering and design team. We both reported up to Jake Burton – our hero and mentor who founded Burton and created the ‘sport’ and the ‘industry’ of snowboarding. I had always known how influenced I had been by Jake’s entrepreneurial spirit, but on this trip, I realized that his influence reached much deeper than I had recognized before. 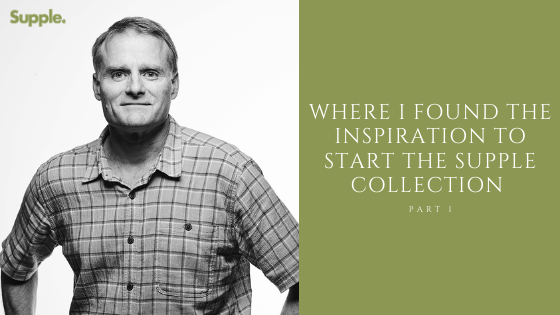 The last ten years had been hard for Jake. He came down with and then recovered from cancer. Then he came down with pulmonary embolism, and then contracted the Miller Fisher variant of Guillain–Barré Syndrome, a rare and serious neurological disorder, which paralyzed him but for his hands. He slowly worked his way back to shape; all the way back to the point where he was able to snowboard again, his lifelong passion. In November of 2019 at an age way too young to imagine it, Jake passed from this world when the cancer he had defeated years before came back to haunt him – and the rest of us who idolized him.

So, Mike and I both knew that we would make the pilgrimage from our home here in Denver, CO back to Vermont to mourn Jake’s death with the rest of our community. The time and location of the celebration wasn’t announced until only thirty-six hours before the event, so Mike and I dropped everything, purchased tickets, and got on our way together. We weren’t able to get tickets to Burlington that would get us there in time, so we headed to Boston to arrive late in the evening. Our flight was delayed and by the time we were in our tired little rental Nissan Frontier truck, it was 2:30am. Pitch-black darkness stretched around us in every direction swallowing our weary truck, headlight beams and all, as we drove across the long miles of black ice across New Hampshire on our way to Stowe.

On top of all this, Vermont was also the place where I found the knowledge that my love of the outdoors would be the foundation of the rest of my career. I had always been passionate about exploration, adventure, and immersing myself in wilderness, but it wasn’t until moving here that I understood that my passion would guide my working life as it had the rest of my life. Now I suddenly realized that all of that: meeting Mike, finding my calling, and being inspired to start my own business – all of it had happened because of one individual I met and been inspired by in Vermont. Sadly, that person was no longer with us.

The thing was, through the tears, we weren’t feeling completely devastated. Even though his life was cut short, Jake had lived an amazing life, experienced an abundance of friendships, love and joy, as well as financial gain, which only a handful of people ever come to know. His years were filled with adventure and exploration. Jake Burton left behind the kind of legacy that one reads about in books and sees in movies, the kind of legacy that every man hopes to achieve. The difference is, we all merely hope to make that kind of impact, but Jake actually lived it.

Now we were headed to Vermont, to see his legacy manifested in the lives and hearts of others. I was glad to be on this journey with Mike. Mike had bought tickets for the both of us to fly out here without even asking. He knew how much this meant to both of us, and just a few short hours later we were packed up and on our way to the airport. Now here we were negotiating this stretch of road. The air outside was cold and bitter, and besides the small stretch of road in front of us, we couldn’t see anything. Twice, at highway speed we found ourselves sliding sideways down the highway, and yet, we were feeling peaceful in the understanding that this was exactly where we needed to be.

We stopped in Waterbury where Mike’s family has a cabin for two hours of much-needed sleep. Up again at 7am, we stopped at our favorite bagel shop in Stowe Village, ordered our favorite breakfast sandwiches from the old days and allowed the memories to come flooding back. When we arrived into the Stowe Ski Resort parking lot where the ceremony was to be held, we sat in the car and recorded a podcast with Mark Sullivan for his Snowboard Project podcast. Mark was a Vermonter and had gone to school at UVM at the same time as Mike, had been the founder of Snowboard magazine, was the visionary for Tailgate Alaska, and was another great friend that snowboarding had introduced us to. We talked and laughed sharing stories about Jake the way that people do when they’re brought together by a love of the outdoors. If you’ve ever sat around a campfire in the middle of nowhere with a group of old friends, you know exactly what we were feeling. After the recording was finished, we got out of the car and made our way over to the gondola. The gondola took us across the road where we headed down to Spruce Lodge, where the memorial was just getting underway. 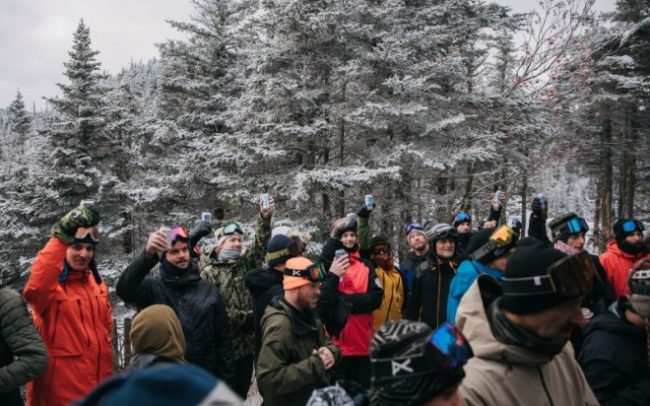 A huge crowd of friends and familiar faces were gathered in the lodge. Outside, you could see the sun making its way over the snowy mountain peaks. Our tears flowed freely. Back outside after the service, the snow glistened in the light, placid and still like the ocean on a calm day. All at once, a strange feeling came over me. It was as if we were in the midst of a moment that contained the past and the present at the same time. Fifteen years after we had left, we were back in the place where our friendship started, and our entrepreneurial dreams had taken root. Being there in the mountains shrouded within the Spirit of Jake Burton, we appreciated that it was within this Spirit that we had found much of our inspiration to start our own company.  Back then, we never would have thought that we would end up building furniture for learning environments, nor did we realize the extent one relationship could have on the course of our futures. 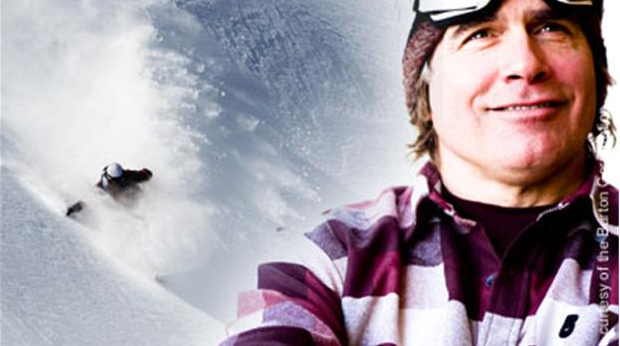 –Frank Phillips, Owner and Creative Director of the Supple Collection