The Corky Gonzales Library is the newest addition to Denver Public Libraries. Nestled between the old Federal neighborhood and the newer Highlands Ranch community, it resides in an area that was previously underserved. Its construction was part of the Better Denver Bond Program, which was designed to bring amenities to the residents of Denver.

We were invited to collaborate on the construction of this library from the ground up. It is the only brand new library that we’ve completed for Denver Public Libraries to this date. It is also one of the most important projects that we’ve done because it’s located in our backyard, and local community. Our office is only about a five minute drive from its location.

We worked on the plans for this library in conjunction with our long-time partners at Studiotrope. Prior to its development, the lot was home to an old shopping center that catered to the Hispanic community. While discussing plans, we often met at a local mercado located in the shopping center and ate at the buffet. This enabled us to get to know the community on a deeper level, and meet its faces and be immersed in the local culture.

Around the time that we began, the neighborhood was in the midst of a remarkable transition period. A community that had been neglected for so long was finally gaining access to the resources they needed. For us, it was remarkable to be part of the changes taking place and help shape the future of the community and where it was headed.

Studiotrope had great plans for this project. They designed the building to have an exposed aesthetic so that from the inside, you could see all of the inner workings, materials, and components that were working together to form the whole structure. Interior windows were added throughout the structure, along with cut-outs in the floors to provide a view of the electrical wires and cables running through the building.

To create a cohesive aesthetic, we modeled our furniture and fixtures after their designs. We were able to create a variety of pieces for this project, including our Jumps, Jellys, Bugs, End Panels, and PACS (personal access computing systems).

In addition to these items, we also built some custom shelves. Studiotrope had chosen to leave skeleton of the building exposed, which meant that all of the raised beams were visible. We were able to design shelves that fit into these beams and provide storage space for learning materials.

We worked closely with Elaine Langeberg and the rest of the library staff throughout this entire time. During one of our conversations, they expressed that they wanted some signage that they could update and change as they rearranged the library. Using dual-layer acrylic, we were able to create some inexpensive and non-permanent signage for wayfinding that could be easily switched out and  changed as needed.

We had many conversations about ways the library could be optimized for learning. One of these was creating a makerspace area. From our conversations, the librarians became inspired to create their own makerspace in one of the empty rooms.

We are so grateful to have had the opportunity to work on this library and make an impact in our own neighborhood. We look forward to seeing the many great changes that continue to happen in this culturally significant area of Denver. 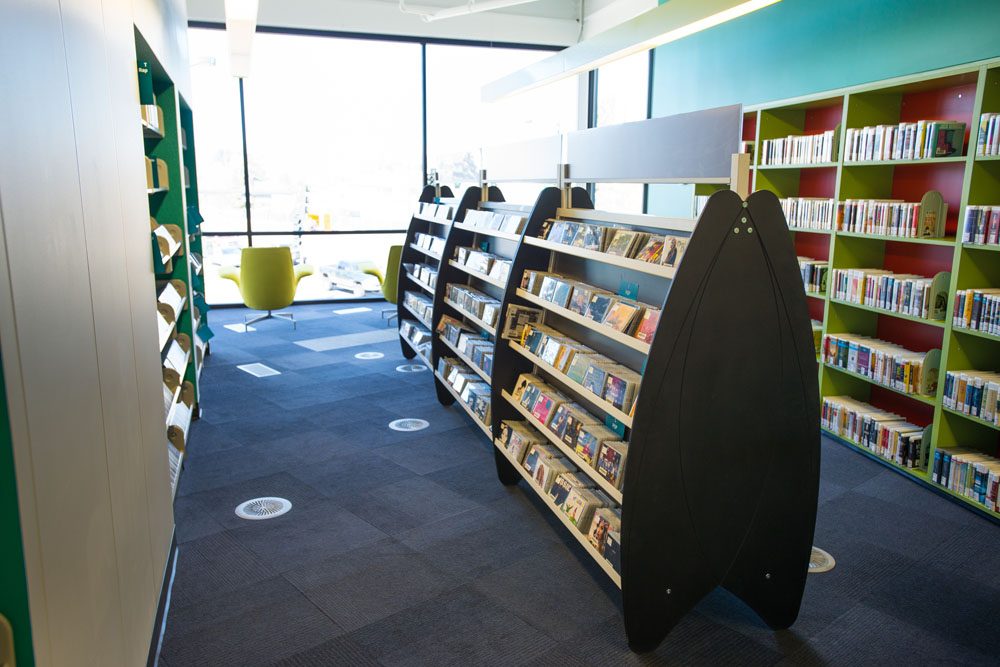 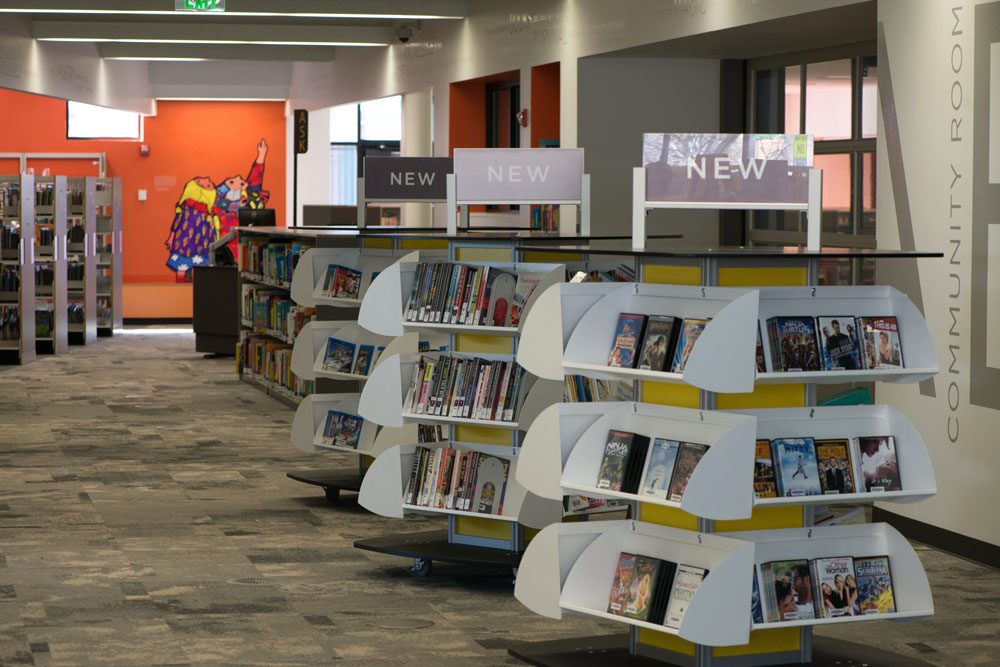 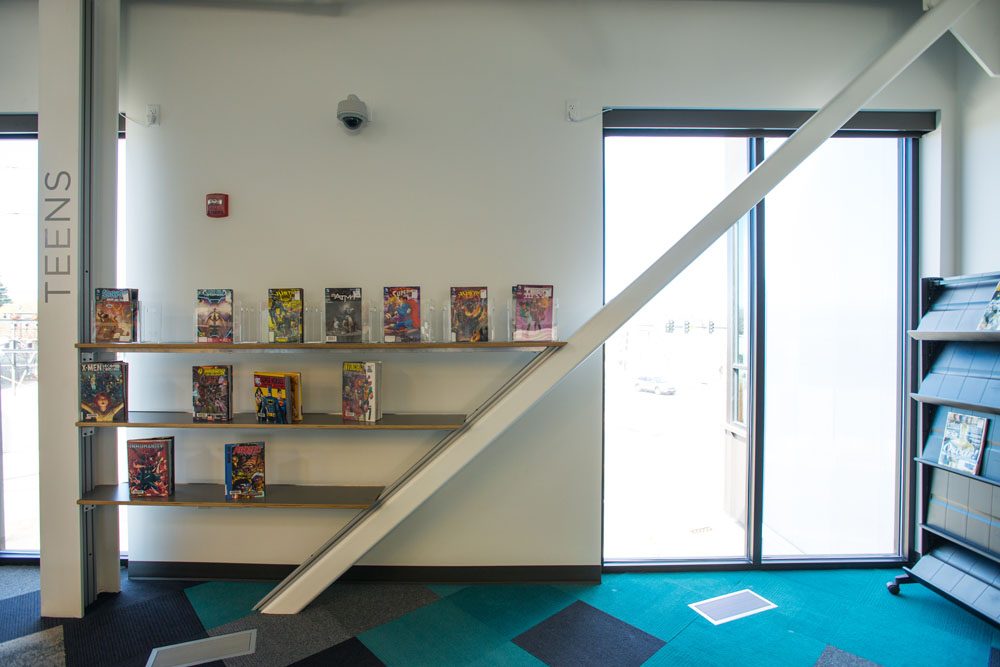 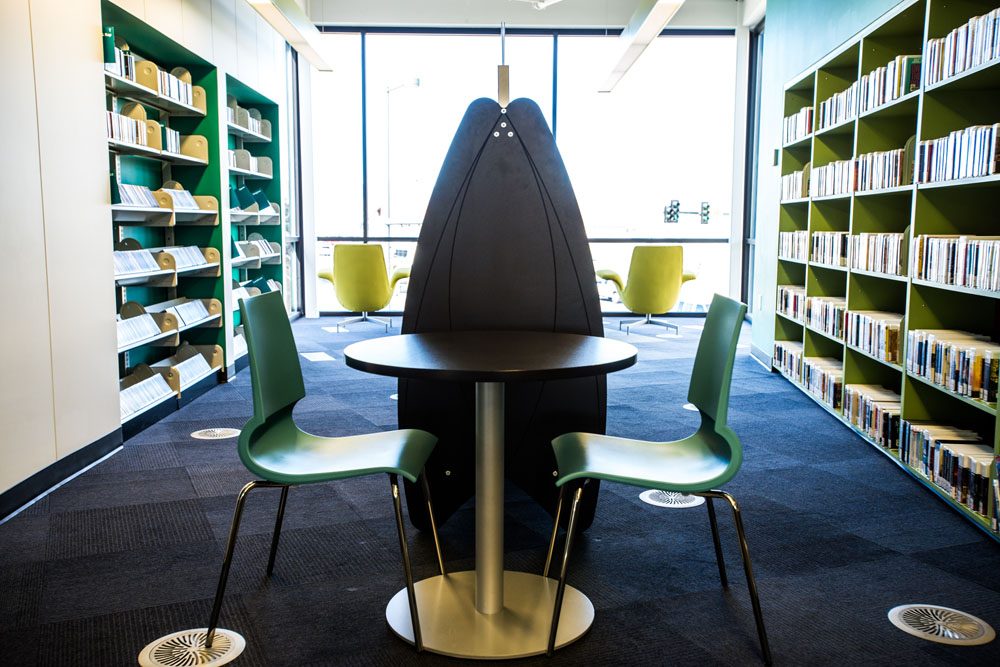 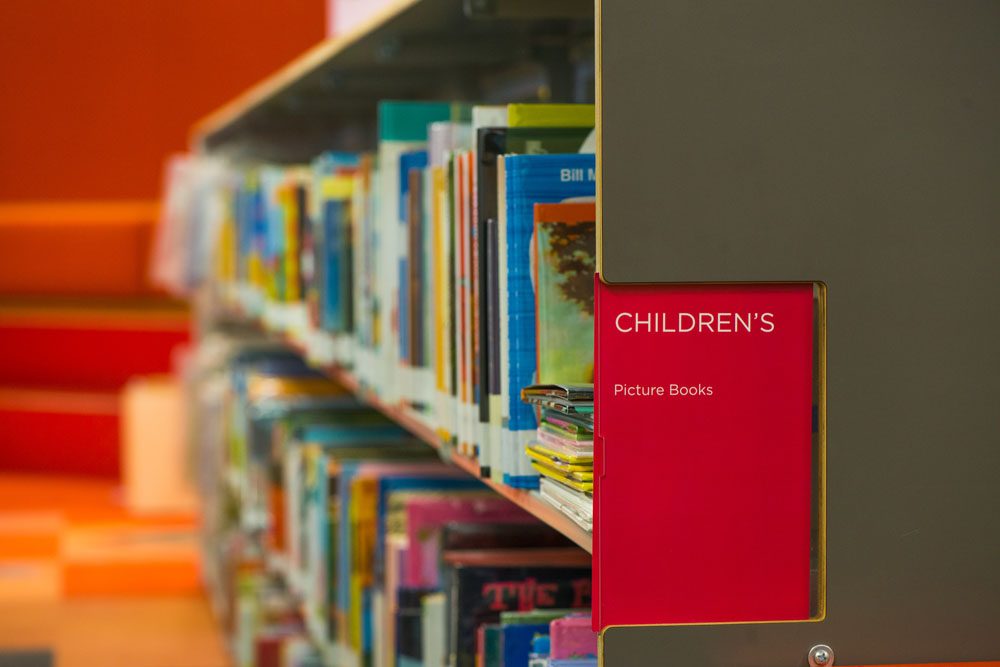 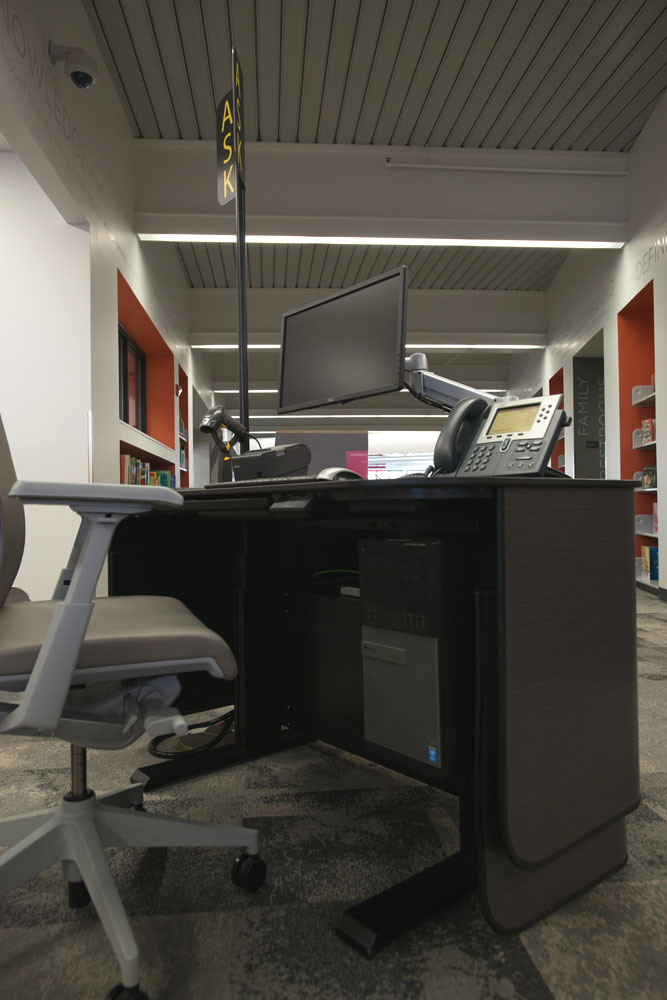 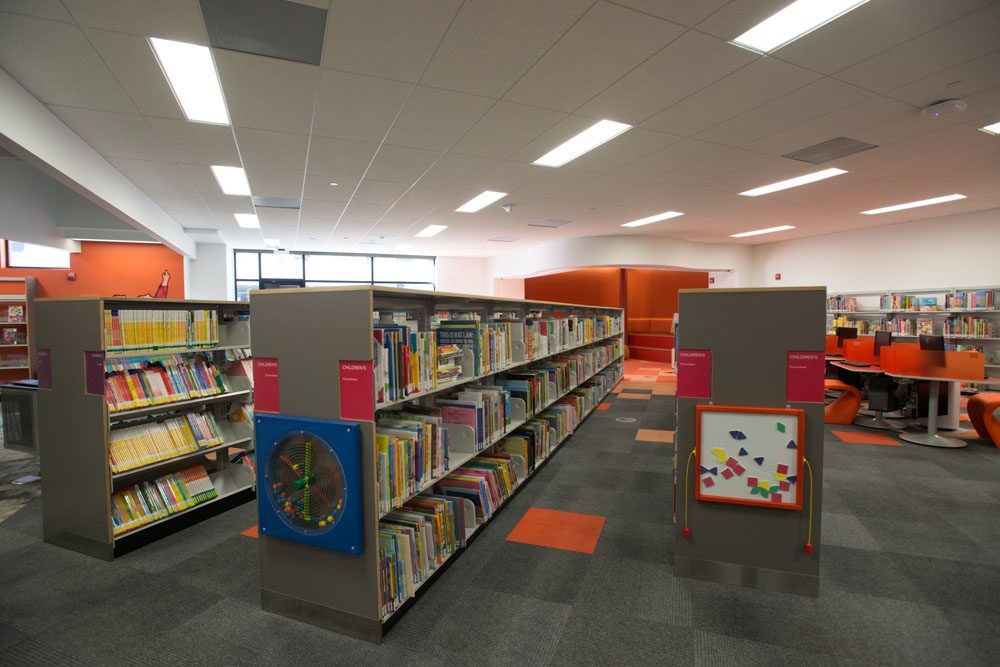 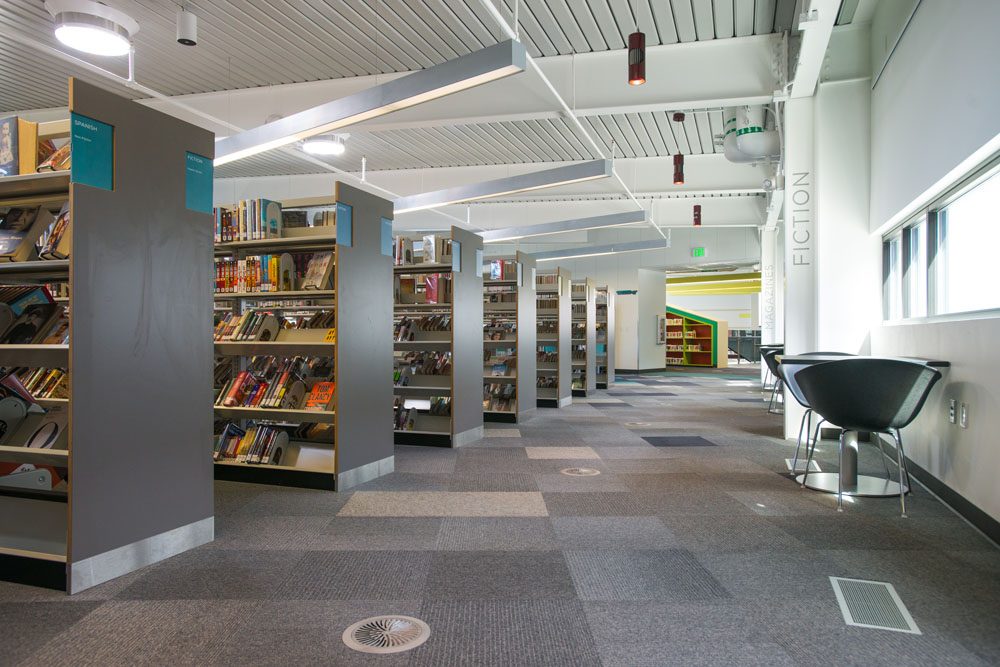 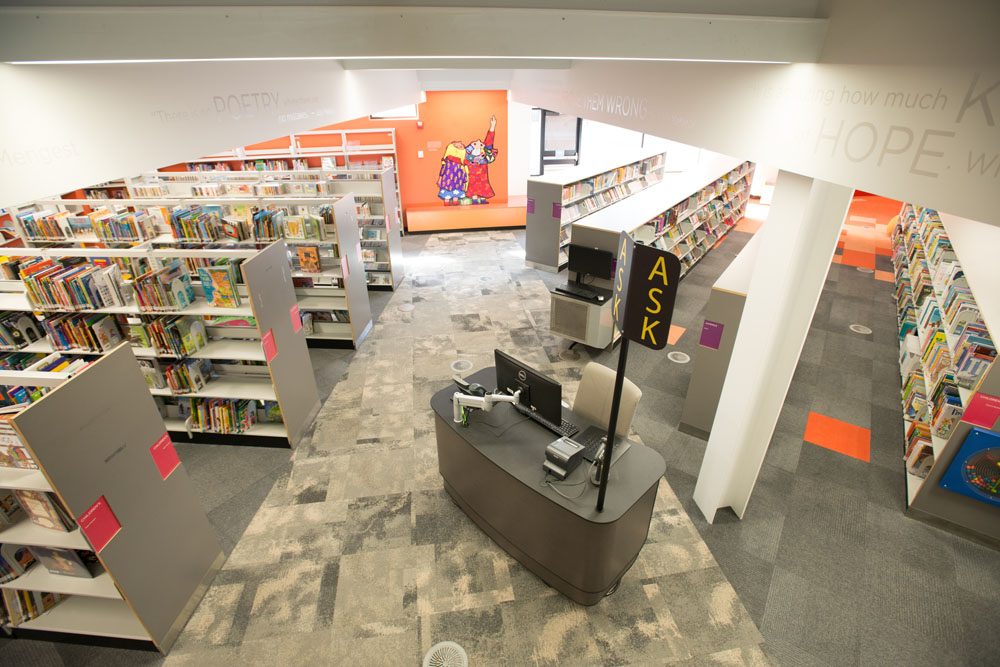 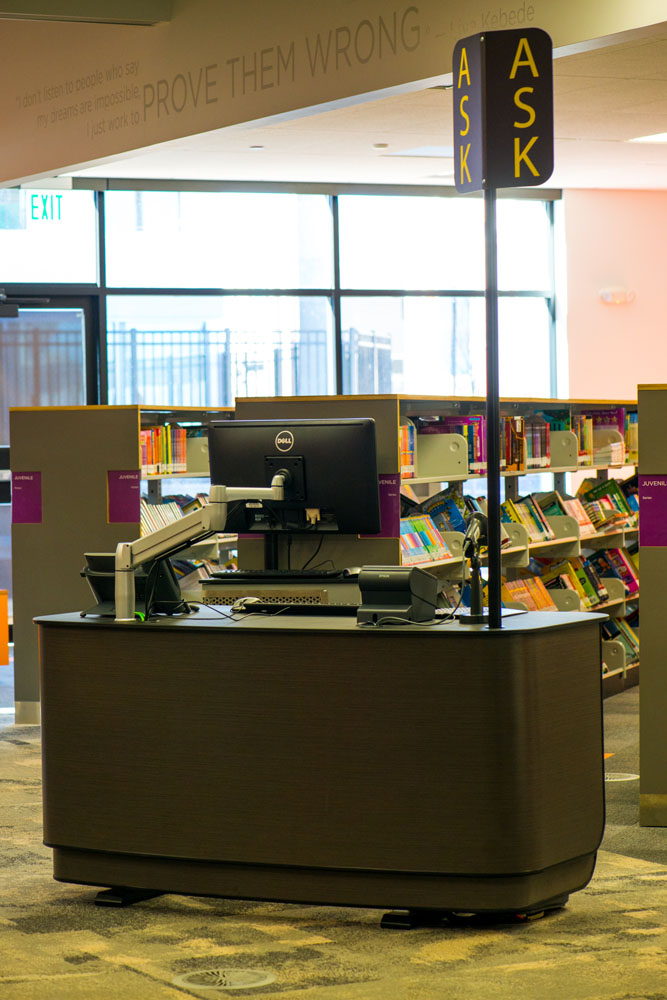